What measures are needed for Germany to become climate-neutral by 2045? 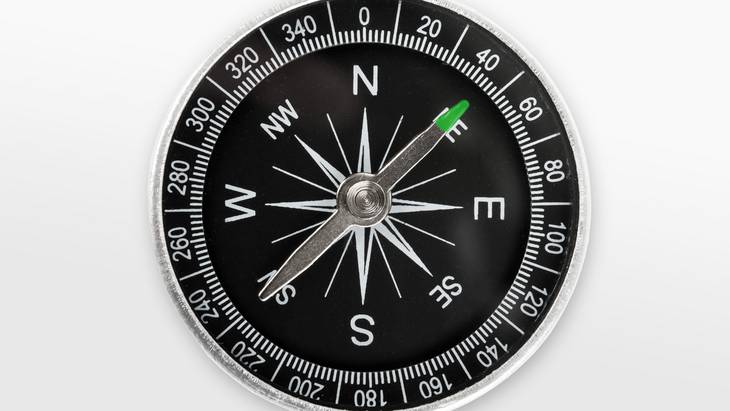 A new study by three think tanks shows which measures must be taken to make Germany greenhouse-gas-neutral by 2045. The main milestones are higher climate targets of 65 percent lower emissions by 2030, 77 percent by 2035 and 90 percent by 2040. Likewise, climate technologies such as energy efficiency, renewables, electrification and hydrogen have to be ramped up much faster. According to the report, climate neutrality by 2045 creates a renewable market of around 30 gigawatts per year in Germany alone, along with a building renovation rate of 1.75 percent annually and a rapid ramp-up of hydrogen technology. The study finds that accelerated climate action would save almost one billion metric tons of CO2 emissions.

Patrick Graichen, Director of Agora Energiewende, says “The German government's new climate commitment – climate neutrality by 2045 and an emission reduction of at least 65 percent by 2030 – is further proof that the global race for zero emissions is on. German industry is on board, aiming to be at the technological forefront for zero-carbon technologies. Other countries around the globe should now also adjust their climate targets, lest they fall behind.”

As Christian Hochfeld, Director of Agora Verkehrswende, explains, "A faster path to climate neutrality means, above all, more speed in drivetrain transformation. Electric cars and trucks with battery-electric drivetrains, overhead lines or fuel cells would have to come onto the market even faster in order to almost completely replace vehicles with combustion engines as early as 2045. This is a major challenge if the necessary structural change is to succeed economically and socially. And technological change goes hand in hand with a change in the understanding of mobility: with fewer private cars and more public and shared modes of transport."

A reduction target of 65 percent by 2030 is the first milestone on the path to climate neutrality by 2045 and can pave the way for an accelerated transformation after 2030. Overall, climate protection technologies already on the market or entering it by 2030 will be ramped up more quickly in subsequent years. The assumption here is that once investments have been made, they will not have to be written off prematurely. Behavioral changes due to a growing awareness of the urgency of the climate problem among the population are plausible and desirable but were deliberately not assumed in this analysis in order to show what reductions are possible through economic-technical strategies.

The study clearly shows that the right course must be set today if the transition to climate neutrality is to succeed in all sectors and even be accelerated. “Only active climate policy here and now can guarantee the civil liberties of future generations, as demanded by the Constitutional Court”, says Patrick Graichen.

For the most important sectors of the economy, climate neutrality by 2045 entails the following:

In the energy industry, renewables expand faster. Electricity consumption will grow by almost 60 percent from 2030 to 2045, reaching around 1,000 terawatt-hours - mainly due to further electrification and the increasing domestic production of hydrogen. The focus of new renewable builds after 2030 will continue to be on wind energy and photovoltaics. Hydrogen becomes increasingly important and will replace natural gas as the most important energy source for dispatchable power generation after 2040 – for times when neither sufficient solar nor wind energy is available. The installed capacity of photovoltaic systems required in 2045 is 385 gigawatts. Wind onshore will account for 145 gigawatts by 2045; wind offshore, 70 gigawatts.

In industry, the trend toward electricity, hydrogen and – in some cases – biomass as energy carriers will continue, so that industry will be largely climate-neutral by 2040. Chemical raw materials (feedstocks) will also be successively replaced by chemical recycling and synthetic feedstocks based on non-fossil CO2 as early as 2030.

In the buildings sector, renovation accelerates after 2030. The average annual renovation rate in relation to the total housing stock rises to almost 1.75 percent in the period from 2030 to 2045. At the same time, the market penetration of heat pumps and the expansion of district heating are further accelerated compared to the Climate-Neutral Germany 2050 scenario for the period after 2030.

In transport as early as 2032, no new passenger cars with internal combustion engines will be registered. By 2045, almost all vehicles with combustion engines in the passenger car fleet will have been replaced by electric vehicles. Road freight transport will also be operated almost exclusively with battery-electric, overhead line and fuel cell vehicles from as early as 2045, as will bus and rail. Overall, passenger transport performance will remain at about the same level as today, while freight transport performance will continue to rise due to economic growth.

In agriculture, the conversion of livestock and the fermentation of high proportions of farm manure in biogas plants will reduce emissions significantly by 2045. The consistent continuation of current trends toward increasing demand for plant-based and synthetic substitutes for meat and milk will be key. From 2030, the share of such products will rise to 15 percent of total consumption by 2045. This market segment today is already growing dynamically (albeit starting at a low level), so that such a rate of increase is in the middle of the spectrum of expected trends.

The 32-page summary "Towards a Climate-Neutral Germany by 2045", including results and scenario assumptions, is available for free download on the websites of the three think tanks below. The study was commissioned by Stiftung Klimaneutralität, Agora Energiewende and Agora Verkehrswende and prepared by Prognos AG, Öko-Institut and the Wuppertal Institute. The detailed version of the study with results for all sectors, modeling variants and methodology section will be published in June in German.