How Germany can become climate-neutral by 2050

A comprehensive study commissioned by Agora Energiewende, Agora Verkehrswende and Stiftung Klimaneutralität finds that Germany's greenhouse gas emissions can be reduced to zero in 30 years. Coal, oil, and natural gas will be replaced by electricity and hydrogen from renewables in all areas of life and the economy. To achieve this, newly added wind and solar capacity must be tripled in the next ten years and the German climate target raised to a 65 percent emissions reduction. 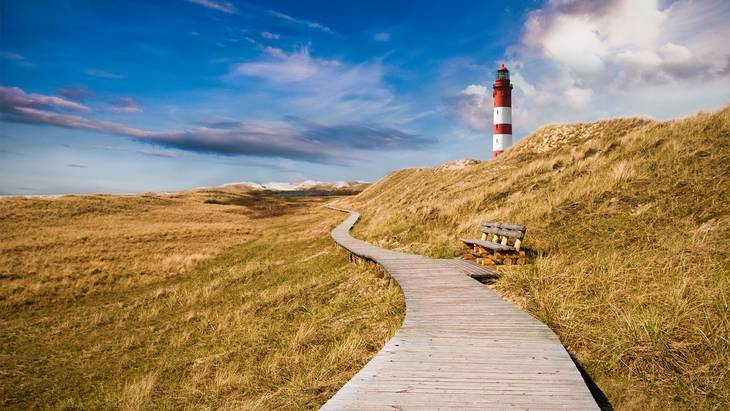 Within 30 years, Germany can transform itself into a climate-neutral nation even as its prosperity and economic strength continue to grow, according to a comprehensive new study entitled Towards a Climate-Neutral Germany and commissioned by Agora Energiewende, Agora Verkehrswende, and Stiftung Klimaneutralität. The key findings of the study – whose summary was presented today – show that a comprehensive investment program must prioritize renewables, including the widespread electrification of transport, heating and industry. Furthermore, almost all buildings need to undergo energy retrofits. Finally, the development of a hydrogen infrastructure must begin.

In a first step, emissions would be reduced by 65 percent by 2030 compared to 1990. In the second step, a complete switch to climate-neutral technologies would lower emissions by 95 percent. The third and final step would involve offsetting unavoidable residual emissions through carbon capture and storage.

If Germany made its climate target for 2030 ten percentage points more ambitious at a 65 percent reduction, the country would also contribute to the increased EU climate target for 2030 currently being negotiated between the European Parliament and the member states as part of the European Green Deal. The EU target is expected to be raised from the current 40 percent to 55-60 percent by the end of the year. An essential component of more ambitious climate policy is more ambition in newly installed wind and solar power capacity, which must triple compared to the current level. The target of 65 percent renewables in electricity consumption by 2030 currently proposed in the amendments to the Renewable Energy Sources Act is insufficient for more ambitious and affordable climate protection. It would have to be raised to 70 percent as electric cars and heat pumps increase electricity consumption.

“The road to climate neutrality is a comprehensive investment and future-proofing program for Germany, comparable to the economic miracle of the 1950s and 1960s," says Dr. Patrick Graichen, Director of Agora Energiewende. "We have to give our all in expanding installed wind and solar capacity; they are the cornerstone of a climate-neutral Germany. From now on, their expansion is no longer just in the public interest, but serves national and economic security."

Tripling installed photovoltaic capacity would bring the total up to 150 gigawatts by 2030, according to the study. Installed onshore wind capacity would have to increase from the current 54 to 80 gigawatts; offshore wind, from currently just under 8 to 25 gigawatts by 2030. In return, the coal phase-out would be completed by 2030. In this scenario, the energy sector would become the main pillar of climate protection in the next ten years. It alone can reduce CO2 emissions by 207 million tons annually, which is about half of the required reduction of 420 million tons by 2030.

By 2050, renewables will cover 100 percent of electricity consumption, with demand for electricity increasing by around 50 percent to 960 terawatt-hours due to the electrification of other sectors and the increasing production of hydrogen. Hydrogen is also used to store electricity. It serves as a fuel in back-up power plants that take over when wind and solar plants cannot supply power.

"The road to climate neutrality by 2050 and 65 percent lower greenhouse gas emissions by 2030 will be paved in the next legislative period," says Rainer Baake, Director of Stiftung Klimaneutralität. "The government program after the 2021 federal elections is therefore of central importance. Clever instruments and policies are modernizing Germany's economy and society towards resilience and sustainability. At the same time, good policies shape the upcoming structural change so that no one is left behind."

"In the transport sector, the oil phase-out is already underway," says Christian Hochfeld, director of Agora Verkehrswende. "The faster the automotive industry and energy suppliers adapt, the better their long-term market opportunities will be. In the passenger car market, battery-electric vehicles will prevail, replacing combustion engines throughout Europe by 2035 at the latest, as is already becoming apparent in California. By 2030, there will be around 14 million electric cars on the road.

According to the scenario, synthetic fuels made from electricity will only gradually be used in transport after 2030, especially in air and sea transport. The share of biofuels will decline sharply in the long term because biomass can be used more efficiently in other sectors and its volume potential is limited. The study also shows that, in order to achieve climate neutrality, transport increasingly shifts to buses, trains, walking and cycling. Passenger transport by bus and train will almost double by 2035, while that by cars will decrease by 11 percent by 2030 and by 30 percent by 2050.

In addition to direct renewable electricity, the development of a hydrogen infrastructure is crucial for industry. In steel, for example, a window of opportunity is currently opening: Around half of the blast furnaces in Germany will reach the end of their service lives by 2030; such plants could drastically reduce their carbon emissions by using hydrogen instead of coking coal. By 2050, hydrogen will also gradually replace natural gas as a raw material. Besides domestically produced hydrogen, hydrogen imports will become increasingly important. The study assumes that about three quarters of the hydrogen required in Germany will be imported. Nevertheless, not all carbon emissions can be avoided in industry. Cement production, for example, always generates CO2 when lime is burned. To neutralize such emissions, there is no way around carbon capture and storage (CCS). In combination with the use of biomass, the introduction of CCS technology around 2030 is also unavoidable to compensate for other residual emissions, for example in agriculture.

Increasing energy efficiency also plays an important role in all areas, but especially in the building sector. Despite the massive growth of renewables, electricity and hydrogen will not be available in quantities that allow for waste. The authors of the study have therefore included in their scenarios a complete retrofitting of the building stock by 2050, always assuming the most efficient use of electricity for heating. For example, they prefer heat pumps to gas heating systems for space heating because heat pumps consume around five times less electricity than is needed to generate the same thermal energy from synthetic gas produced electrically. As early as 2030, six million buildings in Germany will have heat pumps under these assumptions.

The study entitled Towards a Climate-Neutral Germany was written by Prognos AG, Öko-Institut, and the Wuppertal Institute on behalf of Agora Energiewende, Agora Verkehrswende and Stiftung Klimaneutralität. The summary with results and scenario assumptions can be downloaded for free at www.agora-energiewende.org, www.agora-verkehrswende.de and www.stiftung-klima.de. The full study with results for all sectors, modelling variants and methods is expected to be published on November 9th.