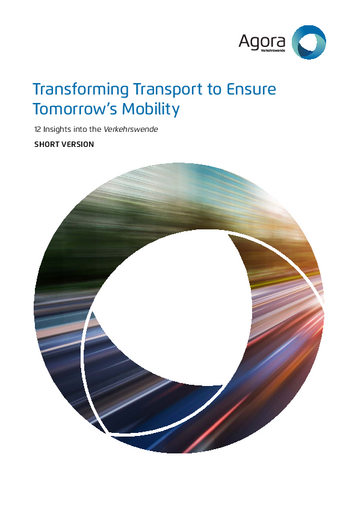 Kindergarten. Zeitgeist. Sauerkraut. Many German words have entered the English language over the years. One of the more recent additions is Energiewende. ­Germany’s sweeping programme to phase-out nuclear power and transition to clean energy has proven so popular internationally that this neologism has been catching on. However, another German word of crucial importance to the clean-energy transition is less well known abroad: Verkehrswende, or transport transformation, which refers to both the decarbonisation of the transport sector and transition to sustainable mobility. One reason why the word remains obscure is fairly simple: the Verkehrs­wende has barely begun.

The 12 insights contained in this report outline the steps Germany will need to take to accomplish this transformation. They offer less a finished strategy than a map and compass for future work – a map, because they describe the fields and topics that must be navigated on the way to developing a sustainable transport sector; and a compass, because they point to the ultimate destination: namely, the elimination of fossil fuels by 2050. This year may still seem far off, but Germany urgently needs to ramp up its decarbonisation efforts now to meet its own climate targets and those set forth by international agreements. And as the fraught discussions concerning the future of coal in Germany have made abundantly clear, countries that cling too long to the status quo have a much harder time introducing renewables down the line.

The transport transformation involves much more than switching to clean energy in the transport sector by adopting electric vehicles. If it is to succeed, it must be accompanied by changes in the transport system and in people’s travel behaviour. As such, public acceptance may well play a bigger role than the nuts and bolts of decarbonisation. Indeed, the transformation of the transport sector will set in motion structural changes that are far more complicated than those associated with the clean-energy transition in the power sector. That’s why it requires the support of government and the population at large. Right now, it seems, important stakeholders still need convincing. Among other things, they need to be persuaded of the social and economic value of the Verkehrswende beyond mitigating climate change, a subject addressed by this report.

Germany’s 2050 Climate Action Plan has set national targets based on the ambitious goals of the Paris Agreement, including Germany’s first-ever benchmarks for the transport sector. The task now is to find the best path for achieving these targets – and then to begin the journey. We invite you to join in the discussion.

Given the rapid changes to transport technologies, these 12 insights will no doubt need revising over time. Who three years ago could have expected vehicle battery prices to fall so quickly? And who today can, with any certainty, predict the future importance of privately owned cars?

What will international discussions have to say about the Verkehrswende several years from now? Our hope is that, as Germany begins to transform its transport sector, the pivotal role of sustainable mobility will become apparent for the success not just of Germany’s clean-­energy transition, but of similar programmes everywhere. 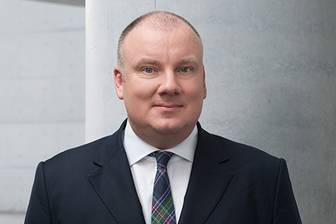