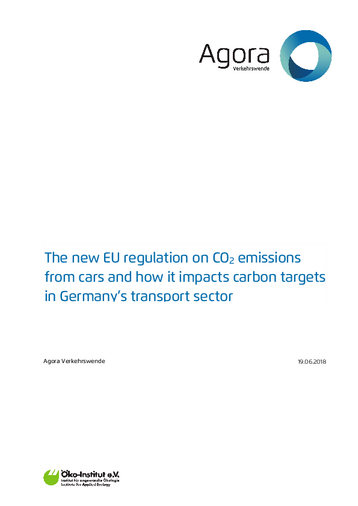 This paper assesses the Commission proposal for post-2020 CO2 targets for cars, which was presented in November 2017. The proposal sets new CO2 emission standards for the period from 2021 to 2030. This analysis shows that by themselves, the EU Commission’s proposed fleet targets would only serve to reduce car CO2 emissions in Germany by 3.5 million tonnes. In order to meet the transport sector targets in Germany’s Climate Action Plan 2050, it would then be necessary to ensure further emissions reductions of 44.7 million tonnes of CO2.

The study also assesses two possible variations on the proposal: “Pro Climate” and “Pro Climate Plus”, both of which would help to further close the gap to meeting the German transport target.

The analysis shows that the German transport target for 2030 requires that Germany supports a more ambitious regulation at EU-level.