The German car makers facing the European CO2 limits for 2021 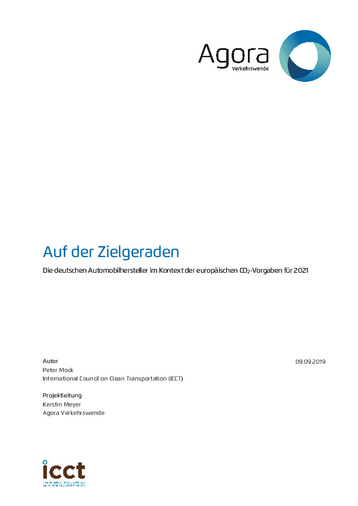 For meeting the climate mitigation targets at the European Union (EU) and member state level ambitious regulatory targets are needed to address the carbon dioxide (CO2) emission level of new vehicles. EU regulation requires new passenger cars to emit no more than 95 grams per kilometer (g/km) of CO2 from 2021 onwards. All major vehicle manufacturers met the preceding target for the year 2015 two years in advance. And yet, the EU-wide new car fleet average in 2018 was 120 g/km, which is still notably higher than the 2021 target value. The actual CO2 target varies by manufacturer and depends on the average mass of the manufacturer's vehicle fleet. An annual fleet reduction rate of 8 percent will be required to meet the 2021 target values between the years 2019 and 2021.

This analysis shows that all three German car manufacturers, BMW, Daimler and Volkswagen Group, will be able to meet their respective CO2 target value for the year 2021, under plausible assumptions. Scenarios for further product development strategies for the three manufactures up to the year 2021 were derived from an analysis of past strategies and public announcements.

For all manufacturers, there is a potential for further improvements of the conventional combustion engine and transmission system, and in driving resistance reduction. In addition, for the years 2019-2021, all manufacturers are expected to increase the use of eco innovation credits for emission compliance. Daimler and VW plan to mass-deploy the 48-Volt-hybrid technology in future years, while BMW does not foresee a large-scale application of the technology before 2020. For Plug-in-hybrid electric vehicles (PHEV), BMW on the other hand is already leading the deployment of plug-in hybrid electric vehicles (PHEVs) and plans to introduce many more new vehicle models in upcoming years. BMW and Daimler have announced that by 2025, 15 to 25 percent of their new vehicles sold worldwide will be PHEVs or full battery electric vehicles (BEVs). VW has announced plans to deliver up to 25 percent of their vehicles as EVs in 2025.

To reach their CO2 targets for the year 2021, all three manufacturers need to significantly increase the new car share of EVs of their annual sales, to a level of 8-15% (PHEV and BEV combined). In the case of BMW, the company will need to approximately double its EV market share. In the case of Daimler and VW, the companies will need to sell about five times as many EVs per year. This requires significant efforts on the part of the manufacturers as well as the right policy and infrastructure framework conditions.

Given the key role of electrification in meeting regulatory targets, policy makers have a responsibility to support the efforts of the manufacturers of new technologies with regulatory measures. For Germany, this includes a prompt roll-out of adequate charging infrastructure. Financial incentives as well as creating or adapting a number of regulatory framework conditions will be key in this respect. In addition, a comprehensive reform of the German vehicle tax introducing a revenue neutral bonus-malus taxation system is urgently required. The purpose of this reform is a steering effect through a price signal already at the time of purchase. As a result of such a tax reform, vehicles with low or zero emissions would be subject to a lower tax at the point of purchase. In parallel, vehicles with high emissions would be subject to a higher tax, thereby incentivizing increased sales of electric vehicles in a sustainable revenue-neutral manner. 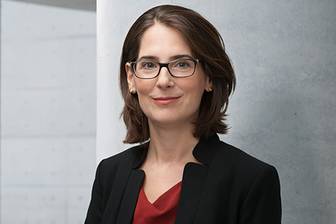