Germany Not on Course to Reach Paris Climate Targets

A study commissioned by Agora Verkehrswende has determined what the German government would have to do help keep global warming to 1.5°C. According to the findings, Germany will not only have to boost its national targets and implement appropriate measures. It will also have to support the EU in raising its climate ambition. 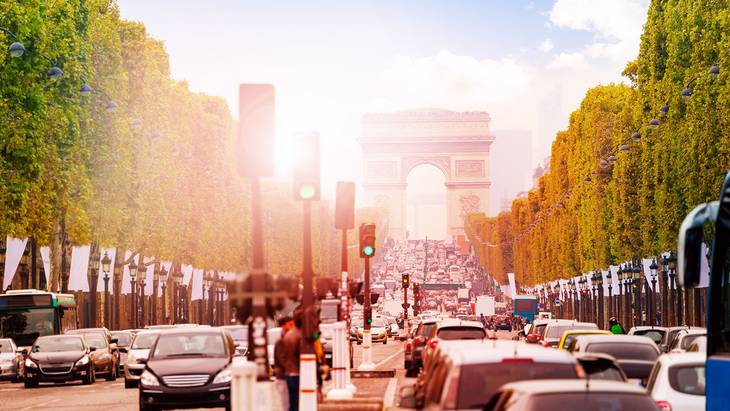 Germany will have to reduce greenhouse gas emissions significantly more than planned if it wants to do its part for the Paris Agreement. The globally most cost-effective way for Germany to help limit global warming to 1.5°C is to increase its 2030 reduction target from 55 per cent to 73 per cent, relative to 1990 levels.

Achieving this will not be easy. In particular, it places considerable demands on the transport sector, which will have to increase its 2030 reduction target from 40–42% to 53% by 2030. As Agora Verkehrswende, a Berlin-based think tank, put it, “Germany is far from being on track.”

The study “En Route to Paris: Implications of the Paris Agreement for the German Transport Sector” was completed for Agora Verkehrswende by Climate Analytics. Based on the IPCC special report “Global Warming of 1.5°C” and scenarios of the IEA, the study’s authors determined national and sectoral emission budgets to minimise global mitigation costs.

Next, they examined how much Germany’s emissions would have to fall were the national share of greenhouse gas mitigation to follow principles of climate equity. They found that Germany would have to decrease its emissions for 2030 by 87 per cent, not 73. To close the gap between fair and “least-cost” reductions, Germany will have to significantly strengthen its commitment to international carbon mitigation efforts.

"With the measures it has taken so far, Germany will fall short not only of its own climate targets but also those set by the Paris Agreement," Christian Hochfeld, the executive director of Agora Verkehrswende, says. Hochfeld stresses that the German government must go beyond the climate policies it recently adopted. Moreover, it must strongly urge the EU to raise its climate targets for 2030. "The new President of the EU Commission, Ursula von der Leyen, has announced a climate protection offensive known as the European Green Deal,” Hochfeld notes. “The German government must seize this opportunity and support the Commission in formulating ambitious European climate policies. Pulling the brake now would be a serious setback in the fight against global warming.”

According to the study, if current emissions trends in the German transport sector continue through 2050, the sector’s cumulative emissions will amount to 5.4 billion tonnes. By contrast, to be consistent with the 1.5°C target, the sector may release no more than 2.6 billion tonnes. “Therefore,” the study concludes, “urgent measures are needed to reduce emissions and get on a pathway towards decarbonisation.”

"We must now set a course that limits global warming,” Hochfeld says. Such a political agenda includes the rapid expansion of solar and wind power generation, the accelerated electrification of passenger and freight transport and the shift from road vehicles to more environmentally friendly means of transport. “This is our last chance,” Hochfeld cautions. “If we don’t act soon, we’ll be unable to prevent dangerous levels of climate change.”

The study, entitled “En route to Paris?” can be downloaded free of charge at www.agora-verkehrswende.de/en/publications/en-route-to-paris/