Climate protection in transport: A plea for a governmental charter for a just transport transformation 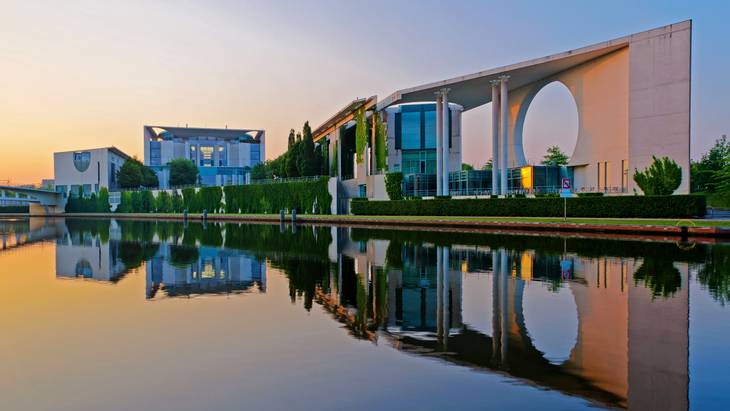 Berlin, 16 September 2021 - The think tank Agora Verkehrswende is calling on the next German government to draw up a “Just Transport Transformation Charter.” Such an overall concept should lay the foundation for socially just climate action in transport right at the beginning of the legislative period. Regardless of its composition, the next coalition government will have to face up to this task because it is already foreseeable today that the transport sector will not achieve the targets set out in the Climate Protection Act in the coming years and will therefore risk incurring massive penalties from the European Union. In particular, a fair distribution of opportunities and burdens is crucial for success. Recommendations for policy instruments and principles that should be included in such a government charter have been presented by Agora Verkehrswende in a policy paper.

“With a Just Transport Transformation Charter, the new German government can initiate the urgently needed change in transport policy and guarantee ‘triple fairness’ in transport transformation,” says Christian Hochfeld, director of Agora Verkehrswende. “Fair because it effectively achieves the climate goals in transport and thus at the same time secures the freedom and mobility of future generations; fair because it efficiently uses the resources for the transformation and thereby keeps the costs for all as low as possible; finally, fair also because it distributes the remaining costs fairly, eliminates or avoids social imbalances and can thus win broad social support for the transformation.“

With this policy paper, Agora Verkehrswende addresses all key areas of political action, from fiscal policy, mobility in urban and rural areas and public transport to freight transport, infrastructure and structural change. The aim is, among other things, to prevent piecemeal and hasty actions and to embed the policy instruments that are often discussed individually, such as CO2 pricing or the introduction of synthetic fuels, in an overall concept. In Agora Verkehrswende’s opinion, policy should focus on four levers in particular: 1. changing transport behaviour; 2. triggering supply-side innovations; 3. increasing demand for low-emission vehicles; and 4. building the infrastructure needed for sustainable and electrified modes of transport.

In fiscal policy, Agora Verkehrswende combines an increasing CO2 price with relief measures such as the abolition of the levy under the Renewable Energy Act (EEG) and a mobility allowance independent of income instead of the commuter allowance. In addition, the motor vehicle tax should be developed in such a way that it depends solely on CO2 emissions and that premiums for the purchase of low-emission vehicles are financed by surcharges on the purchase price of high-emission vehicles. In the medium term, a road user charge based on the number of kilometres driven is to be introduced to ensure that the infrastructure costs are covered in a fair manner by the roads' actual users.

However, Agora Verkehrswende believes that a well-balanced reform of fiscal instruments that goes beyond the CO2 price will not be sufficient to advance the electrification of road transport quickly enough. The regulatory approach, for example via the European fleet-wide CO2 emissions standards, is also important. Agora Verkehrswende advocates a significant tightening of the CO2 limits to as low as minus 75 percent by 2030, combined with several intermediate steps and a reduction to zero by 2035 at the latest. This would mean the end of the sales of new combustion engine vehicles throughout Europe. At the same time, the German government must push forward the expansion of the charging infrastructure with a master plan and advocate high minimum requirements at EU level.

In addition to fleet-wide CO2 emissions standards and charging infrastructure, other approaches to climate protection in transport also need to be negotiated at European level, such as the overarching targets for reducing greenhouse gas emissions in the individual sectors, the CO2 emissions trading system for fuels and combustibles, and social compensation. In all these areas, it is the federal government's task to advocate ambitious climate policy solutions. This is the only way to create the conditions for achieving the national climate protection targets. At the same time, the federal government should ensure that the overarching European regulations are supplemented by national instruments and strong local authorities.

Municipalities, for example, need more room for manoeuvre in order to tackle mobility and spatial concepts locally in the context of transport transformation. For this reason, the federal government must anchor climate protection and other public welfare objectives, such as safety, health and sustainable urban development, in road traffic law. On this basis, local authorities could, for example, introduce 30 km/h speed limits across the board, rebuild accident blackspots, expand parking space management or set up meeting zones and cycle paths. In addition, the federal government should support the municipalities in expanding their personnel capacities for climate protection tasks in transport and simplify the existing system for awarding subsidies to the municipalities.

Modal shift and mix of instruments

Other instruments include the strengthening of local and long-distance public transport, above all through the expansion, optimisation and digitalisation of infrastructure and services, as well as through better coordinated timetables (Deutschlandtakt). For the planning of roads and railways within the framework of the Federal Transport Infrastructure Plan, the policy paper provides for a climate stress test so that construction projects can be reassessed and prioritised according to climate protection criteria. In freight transport, the railways should be strengthened and the coupling of road and rail transport improved. Truck transport must be electrified quickly, and for long-distance routes, in addition to batteries, overhead lines and fuel cells should be tested more extensively than in the past.

It is crucial for the success of climate protection that the individual instruments are well coordinated and thus enable effective, efficient and socially balanced development. “There is no panacea,” emphasises Christian Hochfeld. “That subsidies alone won’t be enough to reach the climate goals has been proven by the German government’s Climate Action Programme 2030, which was adopted at the end of 2019. Investments in public transport will only pay off if cars are credited for the costs they cause to society. A Just Transport Transformation Charter can provide the necessary reorientation with a broad mix of policy instruments and set more reliable framework conditions.“

The policy paper is based on the study “Towards a Climate-Neutral Germany by 2045,” in which Agora Verkehrswende, together with the think tanks Agora Energiewende and Stiftung Klimaneutralität, developed a technically and economically feasible target path for all sectors. Agora Verkehrswende already presented political recommendations for action for the coming legislative period with the “Politikinstrumenten für ein klimaneutrales Deutschland” (Policy Instruments for a Climate-Neutral Germany) in June and with the “Klimaschutz-Sofortprogramm” (Immediate Climate Protection Programme) in August. There, the proposals for the transport sector were focused on a selection of instruments. In the current policy paper, Agora Verkehrswende addresses all levers, principles and instruments that are relevant for a successful just transport transformation policy in the next legislative period.

Agora Verkehrswende is a joint initiative of Stiftung Mercator and the European Climate Foundation.