By 2050, autonomous vehicles could increase energy efficiency by 4 to 10 per cent, but higher energy demand attributable to vehicle networking and increased vehicle mileage could easily negate these gains, a new study by Agora Verkehrswende finds. 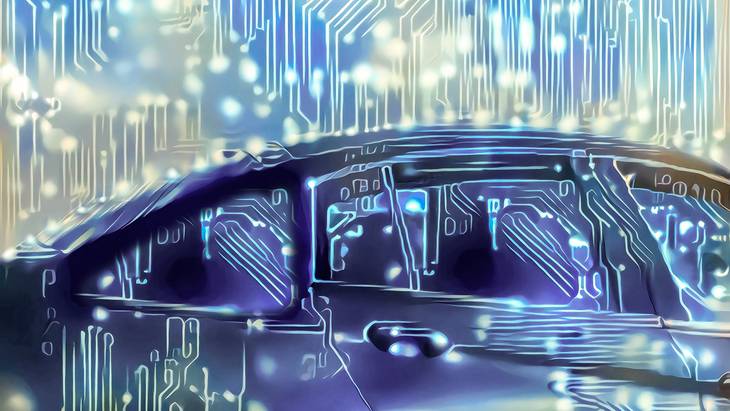 Over the long run, networked and autonomous vehicles could lead to a net reduction in energy demand, with the energy savings attributable to improved driving performance and enhanced traffic flows outweighing the additional energy required for data processing and transmission. By 2050, the efficiency improvement could be as high as 4 to 10 per cent. However, these gains would be eliminated if annual vehicle mileage were to increase by just 1 to 2.6 per cent.

“The discussion of how networked and autonomous vehicles will affect energy consumption has only just begun,” Christian Hochfeld, the director of Agora Verkehrswende, says. “Stakeholders have repeatedly voiced the hope that automation will reduce road emissions. Yet focusing solely on energy demand for vehicle propulsion, and improved traffic routing, is not enough. Our study seeks to make industry stakeholders and policymakers aware of the additional factors impacting energy demand. Autonomous vehicles will also consume electricity through their reliance on extensive data processing and transmission, which creates additional energy demand. The better we understand the challenges now, the easier it will be to ensure that the widespread adoption of this technology does not lead to additional negative impacts for the climate.”

From Onboard Computers to Backend Servers

Based on analytical work conducted by the Fraunhofer Institute for Systems and Innovation Research, Agora Verkehrswende recommends the encouragement of energy-efficient technologies in all areas of networked and autonomous driving. In vehicles, this primarily concerns the design of the onboard processors and memory. The less electricity these components consume, the further the vehicle can travel on a single battery charge. For safety reasons, autonomous vehicles should be designed to operate without the need for data transmission to or from road infrastructure or remote backend systems. Furthermore, data transmission essential for navigation (i.e. to download map material prior to a journey) should rely, as much as possible, on WiFi rather than cellular networks.

The volume of data transferred to and from the vehicle will play a particularly important role in future energy demand. While each vehicle could potentially produce between 1.4 and 19 terabytes (TB) of data per hour, data transmission in excess of 0.8 TB per hour would offset the efficiency gains of automation. Agora Verkehrswende argues that car manufacturers, parts suppliers and software developers have an obligation to keep the volume of data transmission low with efficient networking solutions.

Targeted Regulations and Shared Use

Legislators should focus on two different areas when considering the regulatory framework. On the one hand, EU vehicle emission standards should be reformed to take energy efficiency into account while also giving due attention to the energy requirements of autonomous vehicle components. On the other hand, legislators should promote energy-efficient IT infrastructure for networked and autonomous driving. To ensure that progress is made in both of these areas, vehicles and infrastructure should be regulated separately; efficiency improvements in one area should not count toward the other.

Agora Verkehrswende additionally recommends that autonomous vehicles be made part of a shared mobility system that is well-integrated with public transport networks. This will help to prevent an increase in vehicle mileage and energy consumption. “Autonomous vehicles need to be part of an integrated transport system,” Marena Pützschler, a project manager at Agora Verkehrswende, says. “They should be adopted to complement buses and trains while consuming as much energy and data as necessary, but as little as possible. This must be the model for the future.”

On Autopilot to a More Efficient Future?

The study illuminates how networked and autonomous vehicles will impact energy consumption – not only for data processing and transfer by the vehicle, but also by road and backend IT infrastructure. The study models potential trends up to 2050 using two different scenarios: in the Minimal Networking scenario, data transmission is kept as low as possible and cellular networks are used exclusively to update vehicle maps. By contrast, the Efficient Networking scenario presumes the wide deployment of mobile edge computing (MEC) servers to provide continuous connectivity to backend data platforms for managing vehicle networking, as well as sensor-equipped road signs, traffic lights and streets.

The English version of the study, titled “On Autopilot to a More Efficient Future? How Data Processing by Connected and Autonomous Vehicles Will Impact Energy Consumption,” can be downloaded free of charge at https://www.agora-verkehrswende.de/en/publications/on-autopilot-to-a-more-efficient-future/.

Agora Verkehrswende is a joint initiative of the Mercator Foundation and the European Climate Foundation.