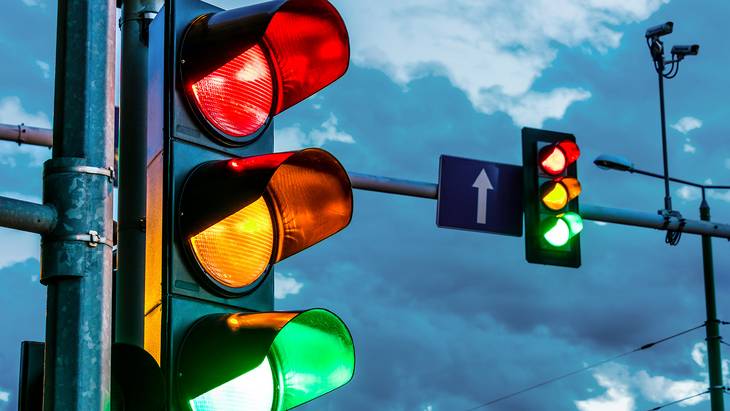 Based on the findings of a new study, the Berlin-based think tank Agora Verkehrswende is calling for the rapid implementation of structural reform to vehicle and company car taxation. In their current form, both fiscal instruments are not compatible with the federal government’s goals of increasing the number of fully electric cars in Germany to 15 million by 2030 while almost halving CO2 emissions the transport sector. Both taxes should be reformed so that demand is shifted away from emission-intensive vehicles and toward low-emission ones. To achieve this aim, vehicle taxes should be front-loaded during initial registration as well as set at a high level, with tax levels varying based on CO2 emissions and weight. Furthermore, existing financial advantages for the private use of company cars as a salary component should be completely eliminated.

“By reforming vehicle and company car tax rules, the German government can usher in the urgently needed transformation of fiscal policy in the transport sector,” says Wiebke Zimmer, Deputy Executive Director of Agora Verkehrswende. “The misguided incentives created by outdated privileges and subsidies for combustion vehicles jeopardise the necessary market ramp-up of electromobility and the shift of mobility to buses, trains, bicycles, shared vehicles and walking. It is thus imperative to rethink the structure of vehicle taxation such that environmental protection and socioeconomic equity in road transport are promoted in an economically efficient manner. The tax reform package represents an important element of the Immediate Action Programme that the federal government is obligated to present by mid-July.”

The study, which was conducted by the Financial Research Institute at the University of Cologne (FiFo Köln) and the RWI – Leibniz Institute for Economic Research (RWI Essen) on behalf of Agora Verkehrswende, analyses the effects of the existing vehicle and company car taxation while drawing in part on dedicated household surveys. In addition, the study shows how tax rules can be redesigned to meet the needs of climate and social policy.

In its current form, annual revenues from the vehicle registration tax amount to 10 billion euros. As a factor influencing cost of ownership, this is hardly sufficient to encourage the purchase of low-emission vehicles, despite existing carbon emission components, as the tax is relatively low on an annual basis. Surveys show that for most people buying a car, the vehicle tax plays no role in their decision to buy a particular model. Company car ownership rules leads companies and employees to purchase particularly large and powerful cars and to use them extensively for private purposes, often with a fuel card issued by the employer. This costs the government between three and six billion euros per year. In addition, predominantly high-income households benefit from company car privileges.

According to Agora Verkehrswende, for a vehicle tax to be effective in terms of climate policy, it should send a strong price signal at the moment of initial registration for the purchase of a low-emission passenger car. In this connection, tax levels should depend primarily on CO2 emissions and vehicle weight. Specifically, the more CO2 a vehicle emits and the more it weighs, the higher the tax rate should be. A progressive tariff structure should be adopted to create high tax levels for particularly emission-intensive internal combustion vehicles.

In combination with purchase premiums for electric vehicles, the reform of vehicle taxation in this manner would create a bonus-malus system with a strong incentive effect for environmentally concious vehicle purchase decisions: Emission-intensive vehicles would become more expensive, while low-emission vehicles would become cheaper. Such reform would also make sense in terms of social policy. The additional revenues from a reformed vehicle tax would help to finance higher outlays for electric vehicle purchase premiums. Under the current rules, all taxpayers, including low-income earners, have to pay for the EV incentives.

In the reform of company car taxation, Agora Verkehrswende believes the most important goal is to achieve fiscal neutrality. Whether someone is given a company car for private use or a salary increase with which the same car can be purchased and used privately should make no difference from a tax perspective. To this end, there is a need to recalibrate the imputed monetary value of using a company car for private purposes.

If the vehicle tax is fundamentally reformed at the same time, then the imputed private-use value should be derived from the vehicle tax upon initial registration, and not on the manufacturer’s list price (as is currently the case in Germany). In the absence of such a reform of the vehicle tax or the introduction of a use-dependent component, the imputed value of private use should be raised significantly. For internal combustion vehicles, this would mean an increase in the monthly taxable amount from one to at least two percent of the list price.

EU fleet limits insufficient as a catalyst for change

Agora Verkehrswende sees the reform of vehicle and company car taxation as one element of an overall strategy for socioeconomic fairness in road transport, as they can help to ensure that transport markets are socially equitable and sustainable from a climate policy perspective. When reforming existing tax rules, it will be important to consider how such taxes may interact with other policy instruments – including EU fleet emission targets, carbon taxes on fuel, and mileage-based car tolls. The lower the ambition in one area, the higher the ambition necessary in others. Therefore, the figures used in the study serve mainly to illustrate the proposed reform model. Legislative determinations concerning how to reform vehicle and company car tax rules will invariably need to consider the future of related instruments.

“Without reforming vehicle and company car taxation, it will not be possible to achieve climate goals in transport or to bring an end to Germany’s dependence on petroleum,” says Carl-Friedrich Elmer, Senior Associate for Transport Economics at Agora Verkehrswende. “In recent years, reductions in the CO2 emissions from new vehicles have been achieved first and foremost through EU fleet limits. While a far-reaching ban on the registration of new internal combustion cars by 2035 is an important step, in the years up to 2030, the limits are not robust enough to encourage further increases in the adoption of electric vehicles. Quite simply, the fleet limits are too low for the achievement of German climate protection targets. Accordingly, it is all the more important for the German government to set the right incentives for the transformation of the passenger car fleet in Germany by undertaking national tax reform. The vehicle tax and company car taxation have the greatest influence on domestic purchase decisions.”

A summary version of the study in German is available for download free of charge here.

Agora Verkehrswende is a Berlin-based think tank devoted to ushering in a climate-neutral transport sector. By engaging in close dialogue with policymakers, business leaders, academics and civil society, the non-profit works to reduce the greenhouse gas emissions of transport. To this end, the Agora Verkehrswende team develops empirically robust strategies and policy proposals. Agora Verkehrswende was founded in 2016 by Stiftung Mercator and the European Climate Foundation.