Why we need rules for the efficiency of electric vehicles

Electric vehicles are not automatically eco-friendly so they must be regulated. This concerns more than just CO2. 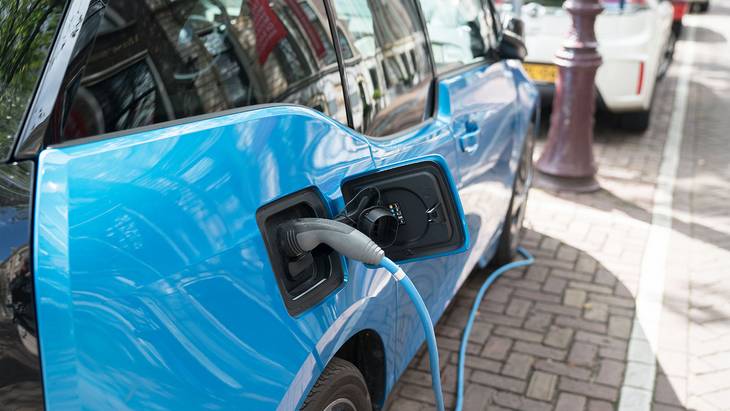 On 15 April the Council of the European Union formally adopted new limit values for the CO2 emissions of passenger cars and light commercial vehicles. By 2030, the emission level has to drop by 37.5 per cent compared to 2021. This concerns exclusively the direct emissions of the vehicles themselves. What happens in the energy supply chain, for example in refineries or – for electric vehicles – in power plants, is being regulated elsewhere and is outside the scope of the new legislation. In response to the new standards, the car industry is now entering the electrification of cars in earnest as the requirements cannot be reached otherwise. However, this electrification is not without controversy in view of the question whether electrically driven vehicles powered by today’s electricity mix are even better than their petrol or diesel alternatives.

Electric vehicles have a climate advantage already today. In order to assess the complete climate impact of a vehicle, all relevant emissions of greenhouse gases must be taken into account. This requires a so-called life cycle analysis that includes not only the emissions from the vehicle itself and along the energy supply chain but also those in the manufacturing of the vehicle and its components as well as their disposal. The manufacturing and disposal of the battery is especially relevant here. In a study1 by Agora Verkehrswende that has just been published, it is found that already with today’s German power mix, electric vehicles have a climate advantage relative to combustion cars, even though this advantage depends strongly on the circumstances. This advantage grows as the production of electricity is shifting more and more towards renewable energy while coal is being phased out.

So everything’s alright then? Unfortunately, not yet. Sustainability comprises not just the protection of the climate but many more issues, as outlined in the 17 UN sustainability goals2 that all European countries have signed up to. Several of these goals are relevant for electric vehicles. Apart from fighting climate change, they also aim at sustainable production and consumption patterns as well as reducing global inequality both within and between countries. The protection of ecosystems both on land and in the ocean is also of interest here3. With a view to electric cars, energy and resource consumption are particular concerns in this context.

The energy consumption of electric vehicles remains unregulated. Renewable electricity is a scarce commodity and will remain so for a long time, and its production is not without environmental impacts. Therefore we should use as little of it as possible. This applies even more strongly to fossil-generated electricity. For that reason, both electric and conventional vehicles should follow a principle of thrift, as we have outlined earlier here at Agora Verkehrswende4. Conventional vehicles are already moving in this direction as the European CO2 standards5 are now imposing increasingly stringent requirements on their efficiency. But the EU legislation applies exclusively to the direct CO2 emissions of the vehicles. These are zero for an electric car, regardless of whether it is an urban two-seater or a two-tonne premium car with unheard-of acceleration capacity. Thus the legislation creates an imbalance between the requirements for electric and for conventional vehicles. Other energy consumers have long been subject to legislative efficiency requirements, from electrical devices to buildings. For electric cars this has not happened, for the simple reason that there were barely any.

That is a problem because market forces favour a tendency towards bigger vehicles. Car buyers want to get as much car as possible for their money. Ongoing improvements in production are reducing the manufacturing costs. And many drivers simply enjoy power, acceleration and top speed. That is why the competition between manufacturers is leading to ever-larger and more powerful vehicles, despite the limitations due to the CO2 standards that are already in place. As mentioned, these have no effect on electric vehicles. Here, the market dynamic of „bigger, faster, heavier“ can play itself out without legal obstacles. It is true that the battery, still the most expensive part of an electric vehicle, acts as a constraint. One might expect for that reason that the manufacturers will try to develop more efficient vehicles. The quest for longer ranges also acts as a motivation to boost efficiency, although these can also be obtained by making the batteries bigger. Overall, the market dynamic as described is still at work.

The new normality: what is a normal car? It is only since the market breakthrough of the first Tesla that a new perception of electric cars as desirable consumer items has taken hold. That car was deliberately designed to be super-powerful. This fundamental change in perception is a lasting achievement of Tesla founder Elon Musk, but it has also created a situation where over-powered battery cars are considered as normal – even if they are seen as a luxury. Finally, the car industry tends to introduce new and initially expensive technologies first in the top market segments, which is why many car manufacturers have announced powerful premium electric cars with enormous battery packs. On the whole, this enhances a tendency towards electric muscle cars.

A new loophole. The CO2 limit values apply to the average of the vehicles sold by a manufacturer. Since electric vehicles count as zero emitters, they substantially reduce the fleet average. Consider the example of a manufacturer whose fleet limit value is 100 grams of CO2 per kilometre6 in the year 2023, but who also wants sell some premium limousines with 200 grams per kilometre. Each battery-electric vehicle that is sold compensates exactly one premium limousine because together the two have a CO2 average value of exactly 100 grams per kilometre7. If that electric vehicle is itself a massive premium car, the result is an overall increase in the weight and resource consumption of the vehicle fleet even as the CO2 value is averaged down to a nominally legal value. Does anybody seriously believe that this can be sustainable in the long term? One manufacturer, Volkswagen, has already announced its intention to prepare its entire fleet for electrification. After 2026 the company will develop only platforms that allow CO2-neutral vehicles8, i.e. that are electrified. In the case of full electrification, the CO2 emissions of the vehicles themselves will no longer be of concern, but the unregulated mass, size and power will continue to be an issue.

Does it matter? One might think that this is yet another moral attack just to meddle in people’s lives and spoil their pleasure of driving. Unfortunately though, there are good reasons to argue against an unchecked growth of vehicle parameters. That applies first and foremost to the energy efficiency and its importance for climate protection, as described. A further concern is the consumption of resources which increases with the size of vehicles and batteries. In 2018, “Earth Overshoot Day” reached 1 August. That date is defined as the day in a year when humanity has used up all the resources that should have lasted for the full year under sustainable use. It has been sliding towards earlier and earlier dates9. That is not the kind of sustainable consumption pattern envisaged by the UN goal. In addition, the world population keeps growing. Last year it passed 7.6 billion people10 and by mid-century it could reach 10 billion or more. In accordance with the UN goal to reduce global inequality, there is no valid reason to deny those people the level of development that we enjoy. Muscle cars for everyone just don’t fit in this picture. Finally, road vehicles produce other environmental impacts that electrification cannot address. For example, it barely reduces traffic noise because even at moderate speed the noise produced by a car is predominantly coming from the tyres and the wind noise11. The heavier a car is, and the stronger it accelerates, the more noise can be expected. And tyre abrasion, one of the most important sources of microplastic both on land and in water12, is enhanced by strong acceleration and braking.

The time to prepare the regulation of electric vehicles is now. Some argue that the electrification of the vehicle fleet is too new and too uncertain to already burden it with legislative requirements. The memory of the clashes around the new EU limit values is still fresh. Meanwhile the industry is focused on the costs, customer acceptance and market risks of the transition towards electric vehicles, and understandably does not want to hear about limitations. But it is now that the manufacturers are quasi re-inventing themselves. Whatever is laid down now as the new normality will enter the investment and product decisions that will determine developments for decades. The new EU standards envisage a review in the year 2023. That provides the time to think in depth about the role of electric cars. Therefore, now is the right moment to start the preparations for regulating the efficiency of electric vehicles because the legislative procedure will in any case take many years. What is important is sending an early signal to the industry about the direction that the development in this segment should take. The nature of the regulation must be carefully considered, including the legislative framework (e.g. type approval, fleet emissions, energy efficiency, or resource efficiency, all of which are subject to different legal instruments and managed by different authorities). To begin with, it must be ascertained that the European type approval system reliably captures the energy efficiency of electric vehicles in order to avoid a repetition of what happened with conventional vehicles where profound discrepancies were found in some cases between the official test results and the real-world energy consumption13. The methods that the European Commission will have to develop for the verification of real-world CO2 emissions and energy consumption14 provide the right instrument for this.

Conclusion: sustainability requires contributions everywhere – including from electric cars. Consumer choice is an important value in our market economy and so is the freedom of industry to develop its products as it sees fit. But the conservation of the planet as a habitat also for future generations is at least as important. The conflict areas around climate protection, energy and resource consumption and other sustainability goals are already in sight. That is why the development of electric cars cannot remain undirected. Let there be no misunderstanding: the goal is not to slow down the transition towards electrification, on the contrary. But exactly because we accelerate the developments, we have to be confident that we are moving in the right direction. We must start now to send the right signals instead of encouraging hopes of a would-be paradise for electric racing cars and then once again losing years in fruitless political disputes during which all the unwanted side effects will continue to get worse. Even if the specificities remain open initially, it should be made very clear that electric vehicles will also be subject to efficiency requirements in the future. The electrification of road transport offers great chances, both for the environment and for Europe as an industrial centre and an exporter. But it also bears risks and unwanted side effects. We still have a chance to counter them.

6 The limit values are different for each manufacturer because they depend on the average weight of the vehicles sold.

7 The year 2023 has been chosen for simplicity. In the years 2020 to 2022 the electric vehicle would benefit from so-called supercredits through which it would compensate even more than one such premium limousine. 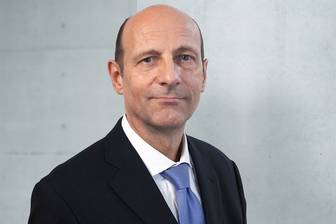