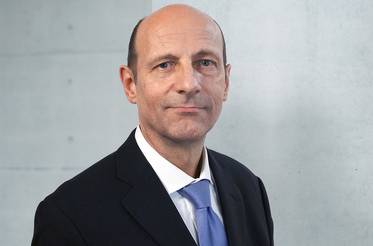 Günter Hörmandinger joined Agora Verkehrswende as Deputy Director at the beginning of 2019. He previously worked for almost 20 years at the European Commission’s Directorate-General for the Environment, where he was responsible for the environmental effects of transport policy and also helped to negotiate the first EU Regulation to limit the carbon emissions of passenger cars. He also assisted with the adoption of vehicle emission standards (Euro 5/6 for cars and Euro V/VI for trucks). From 2010 to 2014 he served as an EU environmental policy diplomat in Washington, D.C. Prior to joining the EU Commission, he worked in London as a consultant in the area of new vehicle and fuel technologies. Günter Hörmandinger holds a PhD in Physics from the Vienna University of Technology as well as an MSc in Environmental Technology from Imperial College, London.

"They knew full well that their business model is inconsistent with human survival" @antonioguterres says about the fossil fuel industry while at @Davos. But they are racing to expand production anyways. Big Oil must be held accountable for the damage they've caused to the 🌍. twitter.com/PriceofOil/sta…

I mean biomass/bioenergy from wood of course, not biofuel for cars (since that is not made from wood).

Great idea, but shouldn't this be more geographically differentiated? Apparently there is one type of advice for an entire country. twitter.com/gnievchenko/st…