A recent study considers all new vehicle models available in Germany / Electric-vehicle purchase incentives make the most sense for small and medium sized models / In addition to incentives geared to vehicle size, the authors recommend the elimination of subsidies for combustion-engine vehicles 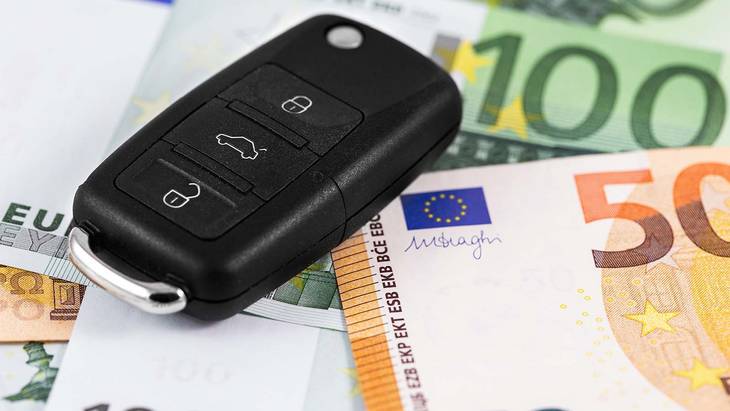 According to a study by the German think tank Agora Verkehrswende, battery-electric vehicles (BEVs) are now a cost-competitive alternative to internal-combustion-engine vehicles (ICEVs). This development is attributable in part to the electric-vehicle purchase incentives that are currently available in Germany, which can total up to 9,000 euros. The competitiveness of electric vehicles is even greater when one looks beyond initial purchase prices and considers total cost of ownership over a five-year period. The study involved a comprehensive analysis of cost data maintained by the German automobile club ADAC, encompassing all 8,000 vehicle models currently available nationwide. Based on their findings, the authors advocate mandatory disclosure of total cost of ownership information to potential buyers. They additionally recommend targeted purchase incentives to better promote the uptake of small and medium sized electric vehicles. Future incentive measures should also target the used car market, the study finds.

“In addition to stopping long-term subsidies for ICEVs and fossil fuels, the time is ripe for differentiated purchase incentives that are sensitive to true environmental benefits and market development needs”, says Christian Hochfeld, Director of Agora Verkehrswende. “Recent market trends are very promising”, he adds. “Electric-vehicle sales have experienced extremely robust growth thanks to new European fleet-wide CO2 emission performance standards acting in tandem with government purchase incentives. But the German government’s goal of putting 15 million BEVs on the road by 2030 is no easy task. By rigorously linking energy and vehicle taxes to CO2 emissions, and by raising carbon prices, we can shift the cost-benefit calculation even more in BEVs’ favor. Now is the time to set a strong signal for the promotion of electric vehicles, as the EU’s CO2 emission performance standards will be insufficient as an incentive mechanism in the coming years.”

In the large, executive and luxury vehicle classes, BEVs are frequently less expensive than their ICEV counterparts, even without government purchase incentives. This finding applies to both initial purchase prices as well as total cost of ownership over a five-year period. For example, a gasoline-powered E-class car (such as a BMW 5 series) that is driven 15,000 kilometres annually costs 77,000 euros during the first five years of ownership. A comparably equipped BEV in the same vehicle class costs just 70,000 euros. Government purchase incentives are typically irrelevant for this class of vehicles, because they are only available for vehicles with a purchase price of 65,000 euros or less.

Total cost of vehicle ownership consists of taxes, fuel, insurance, repairs and maintenance, and depreciation. Surveys show that consumers tend to focus on the initial purchase price of a vehicle while underestimating the future costs of ownership. Above all, many individuals fail to appreciate the importance of depreciation, which accounts for 60% of costs over the first five years of ownership.

Based on all new car models available in Germany, the average purchase price for a vehicle is just over 45,000 euros. Total costs over five years are 52,000 euros on average. Fuel costs account for 16% of this total; taxes and insurance some 14%.

Plug-in hybrid electric vehicles (PHEVs) are the most expensive in terms of total cost of ownership. Available models cost 61,000 euros over five years of ownership on average. Diesel and unsubsidised BEVs, by contrast, only cost around 57,000 euros. Including purchase incentives, the median total cost of ownership is just under 58,000 euros for a PHEV, and 51,000 euros for a BEV. The climate benefits of PHEVs are generally limited, however, as they tend to be predominantly operated on combustion power.

“For consumers contemplating a car purchase, the good news is that BEVs are already a cost-competitive alternative to ICEVs,” Maita Schade, Project Manager for Data and Digitalisation at Agora Verkehrswende, explains. “This is revealed by our analysis of real prices and costs. Nevertheless, there is still need for policy action. The sooner consumers switch to electric vehicles and public transport, the less they will be affected by rising fossil fuel prices.”

The full study, titled The Bottom Line of Electric Cars. Comparing the Cost of Ownership of Electric and Combustion-Engine Vehicles, is available for download in English at: https://www.agora-verkehrswende.de/en/publications/the-bottom-line-of-electric-cars/.

Agora Verkehrswende is a joint initiative of the Mercator Foundation and the European Climate Foundation. The aim of the think tank is to develop evidence-based and politically viable strategies for the full decarbonisation of the transport sector.